Learn More About The Amazing Fruit

Our Nauti Coconut family was raised here in Naples, and growing up in the Florida heat, we understand the importance of hydration. Our Florida Coconuts have the perfect amount of electrolytes to fulfill your body’s thirst for fun in the sun.

Coconut water, also known as “Mother Nature’s sports drink” is an ideal nutritious beverage your body needs when depleted, especially in this Florida humidity! Coconut water is particularly high in manganese, which is essential for bone health and the metabolism of carbohydrates, proteins, and cholesterol. Coconuts are also rich in copper and iron, which help form red blood cells, as well as selenium, an important antioxidant that protects your cells. 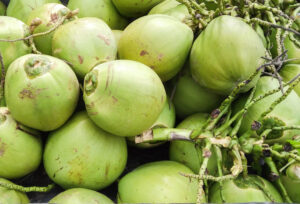 Why settle for regular water when you can have a Nauti Coconut!?! Grab a Nauti Coconut or fresh Nauti Coconut water for a fun and healthy addition to your next beach outing, after your daily activities or just because it tastes GREAT!

Who knew you could hold a piece of paradise in your hand?!? And besides, is it even really a vacation without coconuts?!?

Check out these fun coconut facts & learn why we love coconuts so much!

The Truth About COCONUTS 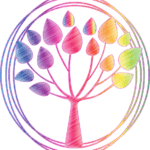 The Coconut Tree is called the “Tree of Life” because all the parts of the tree in its entirety are used to sustain human life. It is the most useful and extraordinary tree in the world. From root to frond, this is one of the most hardworking plants in history. 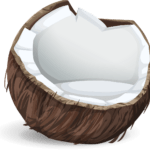 The outer layer is called the husk, which is the hard fibrous layer; is the source of coir which is used to make commercial products such as brushes, carpets, clothes, doormats, fertilizer, insulators, mattresses, mats, ornaments, ropes, plastic boards, wallboards, yarn, you name it!

The second layer under the husk is the shell, which protects the meat inside; the shell can be burned to make fuel or charcoal or used to make bags, baskets, cups, frames, jewelry, lamps, ornaments, pots, purses, serving dishes, trays.

Inside the shell, the core of the coconut is the meat and coconut water. The meat is grated and squeezed to produce coconut milk, which is used in cooking. The meat also produces coconut oil, which can be used not only for cooking, but also to make butter, oil, margarine, pomade, soap, and shampoo, amongst endless other things. Coconut oil is used in the hairdressing and massage industries.

The liquid inside is the coconut water or juice, and should not be confused with coconut milk. The water from the young coconut makes a refreshing drink when chilled, and will help balance the electrolytes in your body. The water from the mature coconut is not as pleasant-tasting and is used to make vinegar, alcoholic drinks. Remarkably, during the Pacific War of the 1940s, coconut water was used as an emergency plasma transfusion to wounded soldiers. 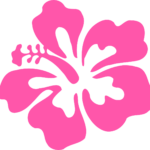 “Inflorescence” is the flower found to grow on the tree. The coconut tree’s bouquet of inflorescence is a beautiful thing to behold. The unopened flower buds are the source of coconut sap, honey/nectar, sugar, vinegar, sugar, and yeast, among others. There can be about 5 to 12 seeds in the inflorescence which could mature into coconuts. 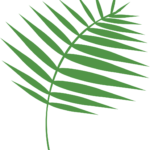 The leaves are woven into roofs and walls; they are used in cooking to wrap food and rice cakes, and in handicraft to make bags, balls, fans, hats, etc. Dried leaves produce good-quality paper like material. The sturdy ribs are used to make brooms, place mats, arrows, spears, window shades, and many other household items. 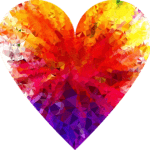 The Heart of Palm

The heart of palm, which is found inside the upper trunk of the tree, is delightful and edible, and can be made into many delicious dishes. This is the prized part of the tree because you have to chop down the tree to get to the heart of palm. 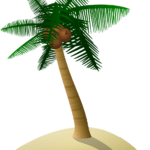 The trunk of the tree is made into charcoal and lumber for building construction and making furniture, jewelry, boats, tables, small bridges, fences, ornaments, and shampoo. The bark is also used in making paper pulp. 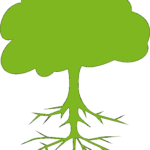 The roots are made into rope or twine. They can also be useful for making beverages, dyes and medicines. Coconut Tree root water has also been found to treat some diseases such as dysentery and other digestive problems.

All this talk about coconuts got you thirsty? Why not enjoy some coconut water? Or check out our custom coconuts!

Take a sip and slip away into a paradise state of mind.